The Angry Pope and other things 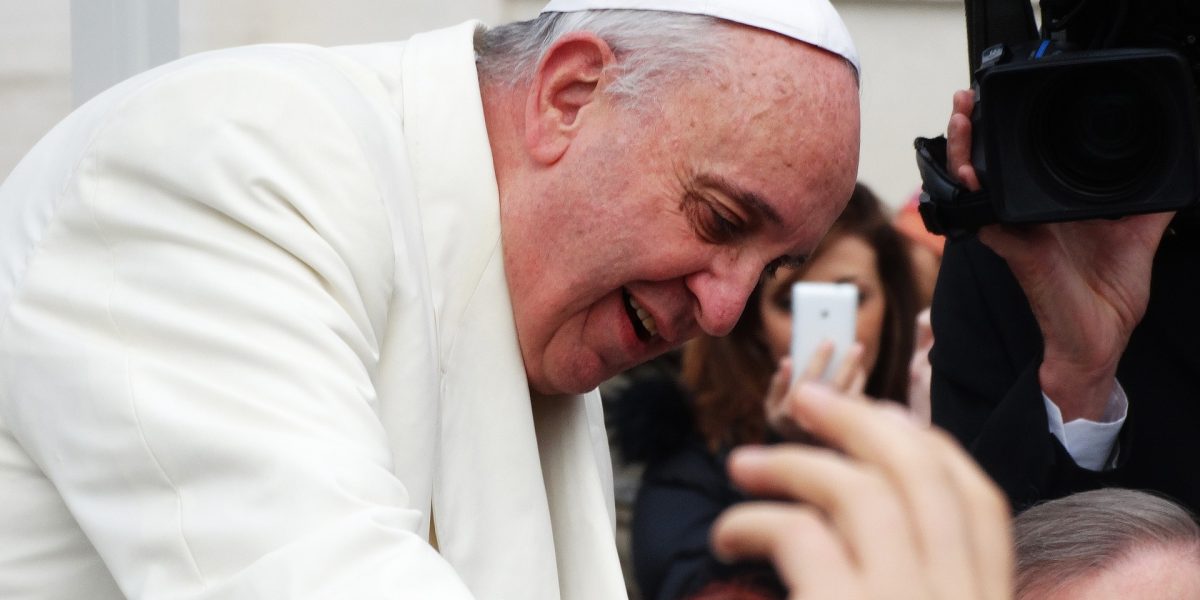 For those that have not seen it Pope Francis was on walk about and was touching hands and engaging with the crowd. As he moved away a woman grabbed him and pulled him back. He responded by chastising her, scowling and smacking her hand away. He was angry.

Could he have behaved better?

Yes he could. What we observed was momentary loss of control. With hindsight, which is always easier, he could have gently took her hand away, moved away and nothing more would have been said.

As anger management experts we would always say that being angry is not the issue. It is how we express it and whether or not the person we are angry with is really the issue.

There is a bigger point here though, which is that while we expect our leaders to achieve the highest standards of behaviour, especially those that preach, surely we can accept that we are all human.

In our weekend workshops which started out as an anger management format and, indeed, are still attended by many who wish to control their emotions better, I observe many people who have extremely high expectations for themselves and others, and then when they fail to meet their own expectations fall into a spiral of shame and general anger.

The pope dealt with this situation really well. He went on to address the crowd a day later and in his sermon was at pains to apologise for his behaviour and for “the bad example of yesterday.” I like that he understands that his behavior may be seen as role modelling and as an excuse for others to behave badly. I also sense that this will not happen again as he will make sure it does not.  Most of all I like that we can see he is human, he is not perfect, but that most of the time he upholds the behavior expected of such high office

Common causes for our anger

Above I said that the real issue with anger is how we express it and whether or not the person we are angry with is really the issue. Below are some of the common issues we deal with on our weekend workshops that are really about us and not about the people we are angry with.

Our need for others approval, our need for control, the pressure we put ourselves under and others such factors all cause us to feel stressed. When we are stressed it is so easy to feel like we are the victims and all around us are the perpetrators, blissfully unaware of the strain we carry. Under such conditions it is easy to feel angry when the core issue is the stress we are carrying and what we are doing about it.

We observe many people taking things personally that were said or done in all innocence. When this happens a subconscious process of connecting an innocent comment to a deeply held negative belief about yourself results in an angry reaction in defence of something that was never meant as an attack.

Also connected to our self esteem is the feeling that others do not respect, like, appreciate or value us. This may be true or it may be that our levels of self esteem are so low that we are over sensitive and liable to be drawn towards conflict.

Our critical and judgemental side

When we are angry we are often critical and judgemental of others and in reality it is often these criticisms and judgements that draw us towards conflict in the first place.

How we judge and criticise others gives us valuable information about the way we are protecting ourselves and how we can become easier to live with.

We also have an inner critic who just loves to undermine us, tell us how untrustworthy others are, how unworthy we are and how we are doomed to failure.

This is a major cause of conflict with others because it is easier to project our internal issues onto others than to deal with them ourselves in the moment.

Those are just a few of the things we deal with on our weekend Keeping Calm Workshop. Every subject comes with awareness, tools, strategies and the whole weekend workshop comes with a money back guarantee.

Will Pope Francis get angry in public again? I doubt it. He is pretty well sorted as humans go and he has the support of many to help him.

What about you? Join us on a weekend workshop and maybe that will be the support you need to make the change you want to make.