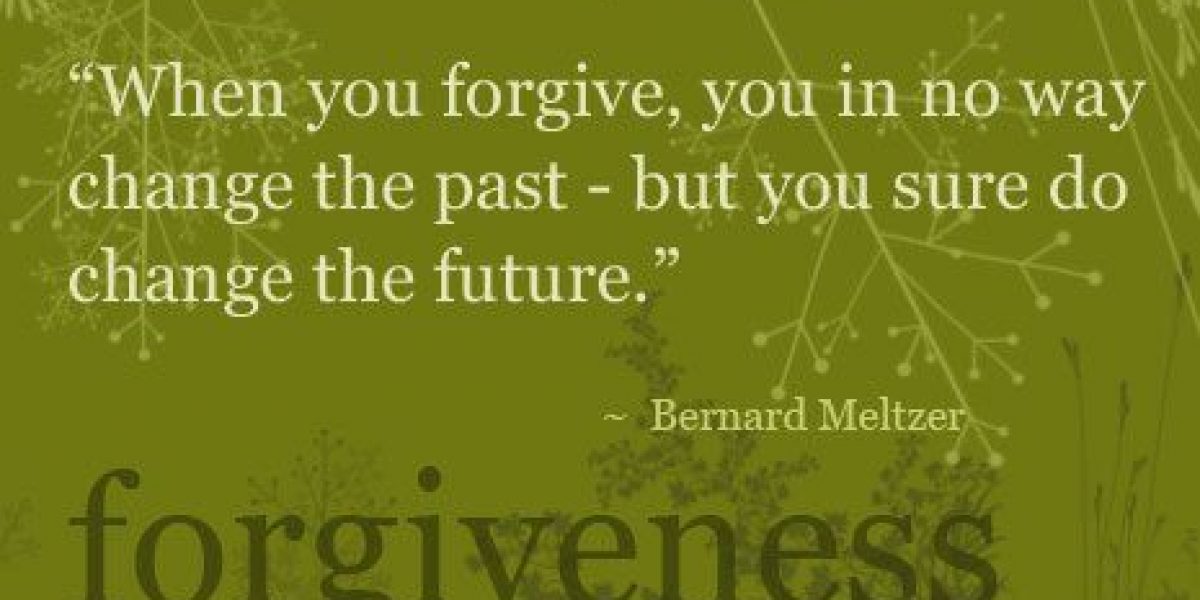 I had an experience recently that relates to forgiveness. As always, I am struck by the number of people that attend my courses that are holding onto wrongs that have been exacted on them and the deep emotional pain that goes with them. Being human I am able to see these issues and characteristics in others far easier than I am able to see them in myself.

It was seeing the act of forgiveness in another that made me reflect on my own ability to forgive.

The event that raised this for me was brought to my attention by my local Radio Station, BBC Radio Derby. The news was filled with the fact that Darrell Desuze, the youth who brutally attacked Richard Mannington-Bowes, during the riots last summer had been jailed for 8 years. The local part of the story was that the victim’s sister lived in Derby and she was being interviewed. As I listened I was amazed at this lady’s capacity for forgiveness. She was very clear that she is a Christian and has strong faith. Anyone reading this, who has a strong aversion to religion, or overt profiling of religion, please just put that to one side because this is about being human. Anne Wilderspin was very clear. She said “some months ago I decided to forgive Darrell. This does not condone his terrible acts but it leaves him emotionally free to change.” This was powerful stuff I was hearing.

“Forgiveness is a virtue of the brave.”
Indira Gandhi

In the past I have been of the view that forgiveness comes from different sources. It may come from the fact that I can look back and see the positive side of what happened and see that it may have been to my advantage and thus this gave me the power to forgive. It is, I realise, quite a patronising form of forgiveness.

I have also mistaken forgiveness, in the past, for empathy and understanding. I have thought that I needed to be able to understand the other person’s point of view in order to forgive. I now realise that this is helpful but is not conditional upon me being able to forgive.

This reminded me of a client I worked with in a group very early in my career. We were discussing what anger does when you hold on to it and he sat there and said what I thought was quite profound.

He said “Grudges give your life meaning. They are easier to deal with than grief or depression.  I held a grudge for years, it meant nothing to them. I would lie awake at night thinking that they should be worried. They didn’t even know.

Equally, when I forgave them, it meant nothing to them. It meant loads to me. They won’t be the ones to become ill because I have a grudge against them.”

I mentioned above that I can see the capacity to hold a grudge in others better than I can see it in myself.  Nearly 4 years ago I was forced out of a career that was very important to me. No matter how hard I tried I found it difficult to forgive the man who started the process off. I have tried to understand his point of view but that always comes back to the point that, empathy or not, he did something to me that really hurt.  I have looked at it in terms of where I am now. Looking back he helped me get out of a role in which I was struggling and which was causing me a huge amount of stress. I am genuinely so much happier now and doing something I just love so much, but no matter how I position it in that way in my mind, I don’t feel like I am forgiving him. Just getting one up on him “see!! It all worked out much better, no thanks to you!”   I may not say that but I may have meant it.

I realised what it was about when I worked with a group who were profoundly inspiring. One young lady talked about forgiving an abuser and she said “once I forgive them, I am no longer held back by them.”

Now if you can’t make it that far may be you can fall back on Oscar Wilde for some inspiration.“Always forgive your enemies; nothing annoys them so much.”