Holding grudges who are we hurting? | Calm People

Holding grudges who are we hurting? 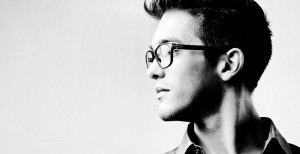 expecting the other person to die.”

It’s quite a hard hitting message telling you that holding anger inside you for years only does your health harm, and it does. So why do so many of us hold our anger inside us?

Most of the time it’s because either the environment we work in or our family dynamic does not recognise anger as a natural, healthy feeling. Because of that we suppress our anger, sometimes for years, until it suddenly explodes out of us at possibly the worst time.

Holding a grudge is part of this process.

One of the first anger management courses I ever attended there was an actor there working on his anger. He was very articulate and I enjoyed listening to his feedback each time he gave it. One day he spoke and I just had to write it down.

We were working on assertive anger. This is where anger is communicated in a healthy way thus helping to clear up misunderstandings. After we finished we reviewed the work and we discussed that fact that if we can be assertive and healthy with our relationship with anger then grudges can become a thing of the past.

As we went round the group taking people’s views it came to this actor’s turn and he began to speak. He said “Grudges give your life meaning.  It’s easier than dealing with grief or depression.”

He went on talking whilst he looked at the floor “I held a grudge for years. It meant nothing to them. I would lie awake at night thinking that they should be worried. They didn’t even know.”

He paused and looked up at the room full of people listening intently to him and finished with “Equally, when I forgave them, it meant nothing to them. It meant loads to me…………….they won’t be the ones to become ill because I have a grudge against them.”

I thought that was worth sharing.