Do you have the January Emotional Hangover? | Calm People

Do you have the January Emotional Hangover?

This brief post is for anyone who was finding the stress and pressure of daily life was guiding their thoughts towards working with Calm People towards the end of last year but then…….they swerved away.

December is traditionally a quiet time of the year for us at Calm People. I’ll explain why that is in more detail but significantly this year was our busiest December Weekend Workshop yet.

Why December is traditionally quiet

There is a natural anxiety that surrounds emotional development work especially if the pressure and strain we are under leads us to take it out on those that we are supposed to love the most and who are closest to us.

As a result those that may need our help the most can also find the most reasons not to commit.

Instead they often choose to spend their way to happiness thinking that if they make an extra special effort for Christmas with their long suffering families everything will be ok and thus they max out the credit card and have a great time distracting themselves from the issues they face.

Once Christmas is over the hangover sets in. They realise that they have over indulged and spent too much. This brings with it stress and strain. For some all the money they spent will not have stopped them worrying and they will have acted out over Christmas and are now facing divorce proceedings (the first two weeks of January are the busiest of the year for enquiries to divorce lawyers).

You may think that based on that cycle our January workshop may be the busiest of the year. It is not. Why commit your cash to dealing with your issues if you may have a divorce bill. In addition to that the January credit card bill tends to be the heftiest and of the greatest priority.

As a result we have learnt not to even offer a weekend workshop in January.

So, if you are suffering the after effects of Christmas and an emotional hangover our February Weekend Intensive is already booking up. 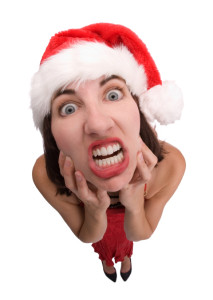