Do you have a competitive relationship?

This article was prompted by the widely reported survey from American Psychological Association’s Journal of Personality and Social Psychology showing that men’s self esteem is negatively affected when their partners are more successful.

Given where and what we have evolved from this is no surprise and given the world we live in now there is certainly a case for men taking stock of what they may have traditionally relied upon to support their self esteem and seeking to change. We all know the traditional model as the male hunter gatherer and the female tending the home has been changing for many years. This is natural extension of it.

I know several couples who have reversed the traditional model of responsibilities in the household.  They have recognised that the female in the house has the greater earning capacity and that a healthy male role model at home running the household works. I like seeing this for several reasons. I like it because these couples have decided that to have both of them pushing themselves in careers and leaving their children in the hands of a succession of nannies, afterschool clubs and child minders is not necessarily the best decision. I like it because they have realised they have choice. I like it because the men are demonstrating a depth of emotional resilience and emotional intelligence that is more than just pragmatism. We can all learn from that.

There is a wider reason that I like these demonstrations of emotional flexibility. It is because it role models a lack of self esteem competitiveness that is really a sign of a truly healthy relationship. 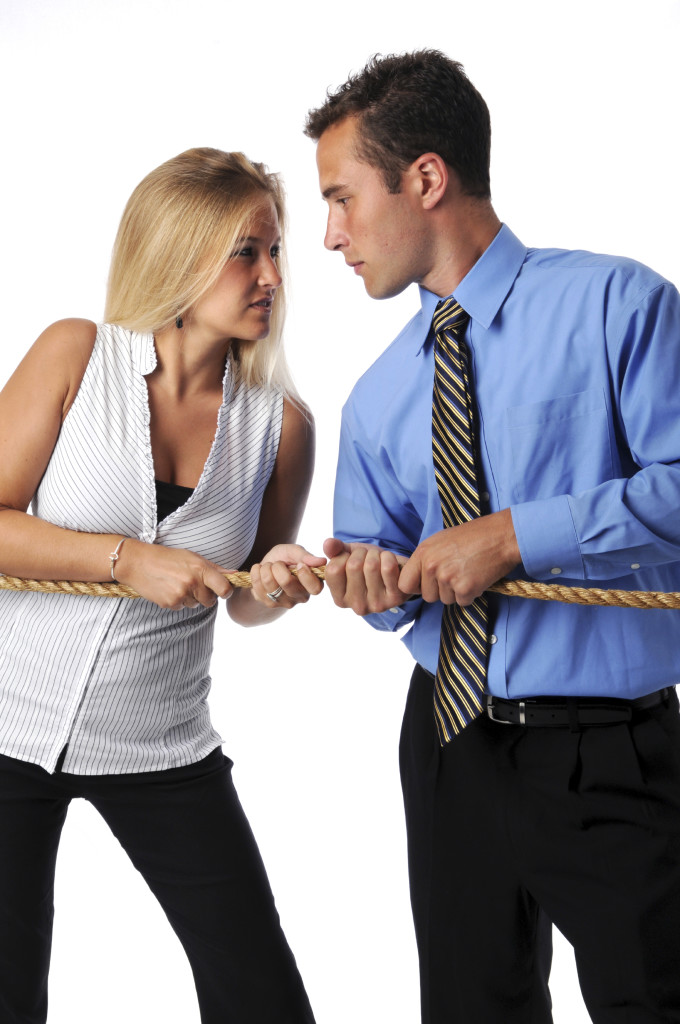 “My ego is not strong enough to exist in its own light so I seek to take the light from others.”

If I have unhealthy self esteem (and my experience shows me that most of us experience this at different times) then as a human I naturally seek ways to avoid dealing with the real issue and get it artificially boosted. One of the most common ways is to compare myself with others who I see as lesser in some way. In other words I rely on comparing my position, strengths, qualities with others as my basis for liking, respecting, appreciating myself. My ego is not strong enough to exist in its own light so I seek to take the light from others. Of course the person it is easiest to compete with is the one I know the best and spend more time with than any other, my partner. When the traditional model of male earning most in the house is threatened then there is often a threat to the male ego or esteem.  Of course it doesn’t stop there and is not mutually exclusive to males. In relationships we compete for love, respect, appreciation, validation and lot more. The problem is when we fear we are not going to be loved or appreciated and we respond with either even more intense competitive behaviour or with conflict.

Who has the most demanding job

Who is under the most stress

Who is most intelligent

Who brings the most to the relationship

Who is the best driver

The delicate ego or self esteem is a major cause of conflict in relationships. Our clients carry it into our workshops. By the end, hopefully, they are lighter than when they walked in as they have started to learn to exist in their own light and enjoy it. Anger management is not about counting to 10 and flicking a switch. It’s about understanding myself and what’s going on for me. My ego and my self esteem is a really good starting point for that. If I take care of my self esteem then I reduce massively the amount of conflict I have with others.

A wise man once said to me “Julian, if you continue to compare yourself to others ultimately you will demean yourself,” and he was right.