Here at Calm People one of our primary concerns has always been how we may be able to get to people before it’s too late. That sounds dramatic and it may be a little over dramatic but the scenes we sometimes observe in our workshops as people tell their tales would suggest this is not always the case.

The too late that we are talking about is too late to stop damage being done. 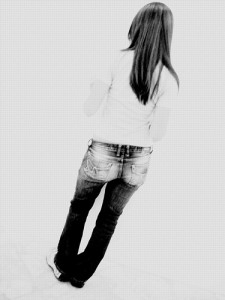 Management work many people come to us after many years of being angry and damaging relationships. They have had many years of denying that their anger is to blame and it is only when they have finally run out of other reasons or they have damaged that many relationships or careers that they can finally see the common thread that they come to see us. This is not true of every client but the vast majority of people that work with us acknowledge that they could have benefitted from coming to work with us much earlier than they did.

What’s going on with denial?

Firstly when problems are caused by anger it is often easy to find other issues and circumstances to blame such as the other person, lack of money, the working environment etc. To blame the anger would be to take responsility for that and the hurt and damage it causes and often we are not ready to do that.

Secondly, since anger is essentially a feeling that evolved to protect us it does have that strange combination of power and comfort that many do not wish to move away from. For a while at least it is a comfort until it slowly dawns on us that it is hurting us as well. Of course it is often not protecting us from the presenting issue that we are reacting to now but instead issues we have carried around with us for years.

Thirdly, it can be a huge driver and motivator to some people and as such they are afraid to deal with it in case they lose their drive. A classic example of this would be one of my wealthiest clients who ran his own hugely successful business. The only reason he set up his own business was that the large organisation he worked for 25 years ago overlooked him for promotion. When he enquired as to why the answer was “you are too valuable in the job you are in.”  His anger (what he called his “f*** you anger”) led him to leave, set up a business and drive it to such success that he wants for nothing. There is just one problem. He is not happy because deep down his only real friend has been anger for 25 years.

The other issue with those that worry about losing their drive is that they, for some reason, associate success with happiness. It’s when they realise that happiness is something that can exist on its own and is not reflected in the houses, cars and gadgets that we can buy that they start to make progress.

Finally, anger reduces or hides our feelings of vulnerability. Sometimes we use anger to hide how scared, hurt or sad we feel. Its fuelled by our relationship with stress (see our blog Stress the fuel that anger needs) and it, in the short term at least, supports our fragile self esteem. Taking this away may leave us feeling vulnerable at a time when we do not feel we can cope with that.

It’s for those reasons and many more that people deny that their anger is a problem.

This is why, on our workshops we don’t actually work on the anger itself and deliver calming strategies. We work on the issues that are stopping us dealing with it such as our stress, our shame and our self esteem. Strengthen the person and they will move away from the anger.

It’s your choice but maybe we can offer an alternative for you to think about.