Anger is not good for you – It's official!! | Calm People

Anger is not good for you – It’s official!! 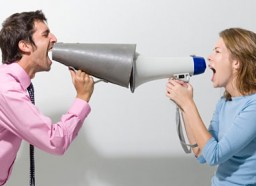 I know this is stating something that is perfectly obvious to most of us but the hard evidence to support what we have intuitively always known continues to build.

Most of us know that anger and conflict is bad for relationships and in extreme cases can destroy families. Now there is more evidence that it harms your health.

Recent research carried out in Denmark and published in the Journal of Epidemiology and Community Health shows that constant arguing “increases premature death risk.”

Data from 9875 men and women between ages 36 to 52 was gathered and it found that constant arguing increased mortality risk by two or three times the normal rate.

The study also found that frequent worries or demands generated by partners and children were linked to a 50%-100% increased risk of mortality.

So what’s happening inside us when we argue?

Unless you argue from an absolutely calm and rational standpoint all the time (Jeremy Paxman) then the chances are varying degrees of cortisol and adrenalin will be released in your body and they are not a healthy combination,

Other physiological reactions include raised blood pressure and increased chances of cardiovascular disease.

So it’s official getting angry and arguing is not very healthy.

This ties in very well with research released in March that showed that people who got regularly angry were at an increased risk of heart attack and that the 2 hours just after a rage attack was the most dangerous time for a heart attack risk.

This supports everything that Calm People have been talking about with individuals, groups and companies. A healthy lifestyle, eating well and keeping fit are essential for healthy life. These are a large part of the picture. That picture, however, is incomplete if you do not take care of your emotional health.

Repositioning your relationship with stress; Taking care of your self esteem; Resolving conflict in a healthy and assertive way; These are all key ways in which you can maintain and build your emotional resilience. Physical resilience is necessary for the marathon race we call life. So to is emotional resilience.